Since the 17th century, Florence has been considered one of the cultural references among the European cities. Poets, aristocrats, artists have all been here attracted and then amazed by the Renaissance magnificence. Along the decades many foreigners have decided to make it their permanent home. It is one of the most beautiful cities in the world and it keeps fascinating expats, as well as Italians who move here from other regions. If you are planning to relocate, it’s recommended to analyse the different areas of the city before starting to look for houses for sale in Florence Italy.

Florence is separated into districts, each with its own distinct qualities:

Carpenters, blacksmiths, framers, goldsmiths, and bookbinders all had workshops in this area. It is now occupied by young people, who have rejuvenated the district with a new generation of enterprises, stores, and cafés.

This, too, is an artisan area. It was once the city’s poorest district, with distinctive narrow and tall buildings that have since been refurbished and inhabited by newer generations.

The central railway station is located in this district, which is also a popular tourist destination. In fact, in this district there is the homonymous Church characterised by its marbled façade and by frescos of Gothic and Renaissance art.

This area features the architectural landmarks of the city. The Duomo, Baptistery, Orsamichele, and Palazzo Vecchio are all located in this neighbourhood.

Santa Croce is one of Florence’s most interesting districts to reside in since it still has some artisanal activity and stores of all types; it also has a vibrant nightlife, with a large range of bars, restaurants, and clubs, making it one of the best places to go out for a night out. 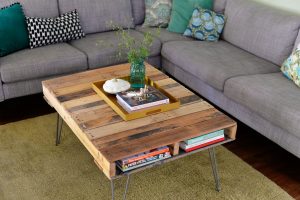 Expats and cost of living

The Americans have long been the biggest community of foreigners in Florence. It has long been a favoured vacation spot for the British intellectual and artistic elite. People who ended up staying have contributed in their own way to the development of the city. The whole region has welcomed – and keeps doing it – a lot of expats, who have found a balance for their new life chapter. Living in the city is undoubtedly more appealing, but it is also more costly, whereas living in the suburbs is less expensive and allows you to see how the residents live.

Florence has a humid subtropical climate that is also Mediterranean. Summers, which last from May through September, are extremely hot, with temperature exceeding 30°C. During the summer, there is a little amount of rainfall, which comes in the form of short heavy showers. In the summer, a mild breeze blows in across the Arno River to keep things cool, but in the colder months, it turns into an icier breeze. In the early to late summer, the evenings may be rather chilly. The winter season lasts from November through February, with temperatures ranging from 5 to 10 degrees Celsius.

Steps To Take After A Slip And Fall Injury

What are the Major Damages Usually Sustained in Car Accidents in Beaverton?